The Three Phases of Pregnancy 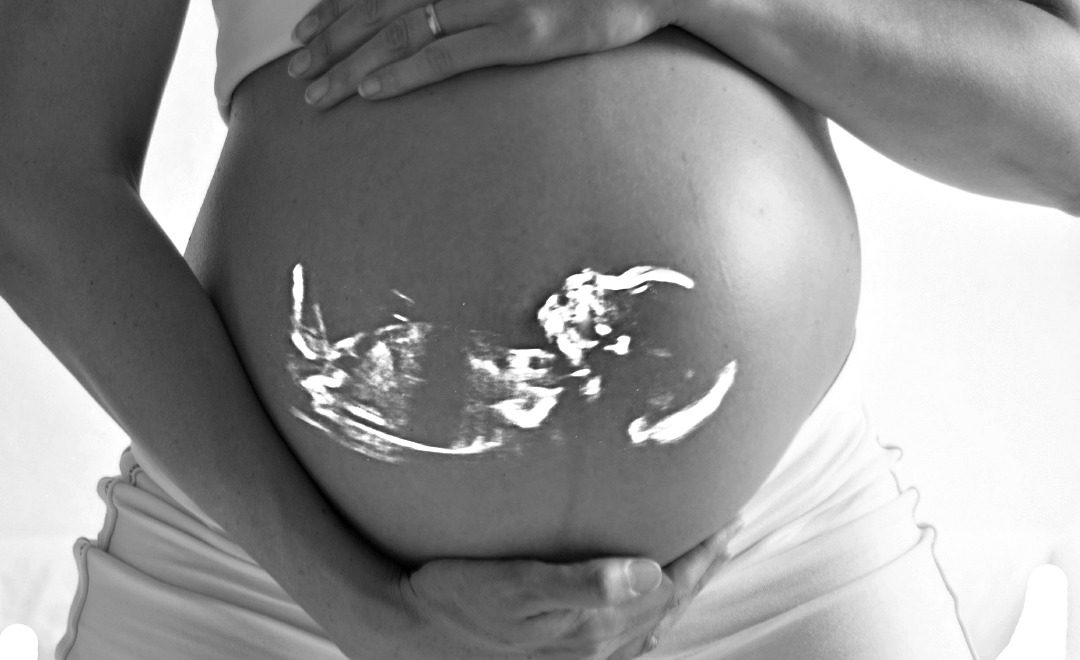 The Three Phases of Pregnancy

Nine months can seem like a long time when you’re pregnant.

If you’re newly pregnant or trying to conceive, you may have a lot of questions about what your pregnancy will look like, how your body will change, etc.

You’ve probably heard the term “trimester” before, which refers to each of the three phases of pregnancy. Which each phase of pregnancy comes different developmental stages for the fetus and different experiences for the mother.

Pregnancy lasts for approximately 40 weeks, and is divided into three stages or ‘trimesters’. Each trimester indicates a new stage of development for the unborn baby. It also comes with its own set of hormonal and physiological changes, preparing your body for the baby’s arrival. There’s a lot of information, but it’s important to know what’s going on during the three stages of pregnancy.

Stage 1:
The first stage or trimester of pregnancy is the most crucial to your baby’s development, since most miscarriages and birth defects occur during this period.

Stage 2:
The second trimester of pregnancy is often referred to as the “golden period”, since many of the unpleasant symptoms of early pregnancy disappear.

Stage 3:
The third trimester is the final stretch of pregnancy. Physical effects will reach an all time high, as both the woman and child’s bodies prepare for birth.

These trimesters start from the first day of your last menstrual period and each last an average of three months. Every week there are different developmental changes happening inside a woman’s body. It’s a lot of information, but it’s important to know what’s going on during these three phases of pregnancy.

Did you know? Researchers have found that several genetic factors can lead to multiple births. If you’re over the age of 35, have a history of twin pregnancies, there are twins in your family, or you’re tall, you may have an increased chance of giving birth to twins!

Did you know? During pregnancy, your uterus can grow to the size of a watermelon. Since it’s normally the size of a peach, that’s 500 times its normal size! 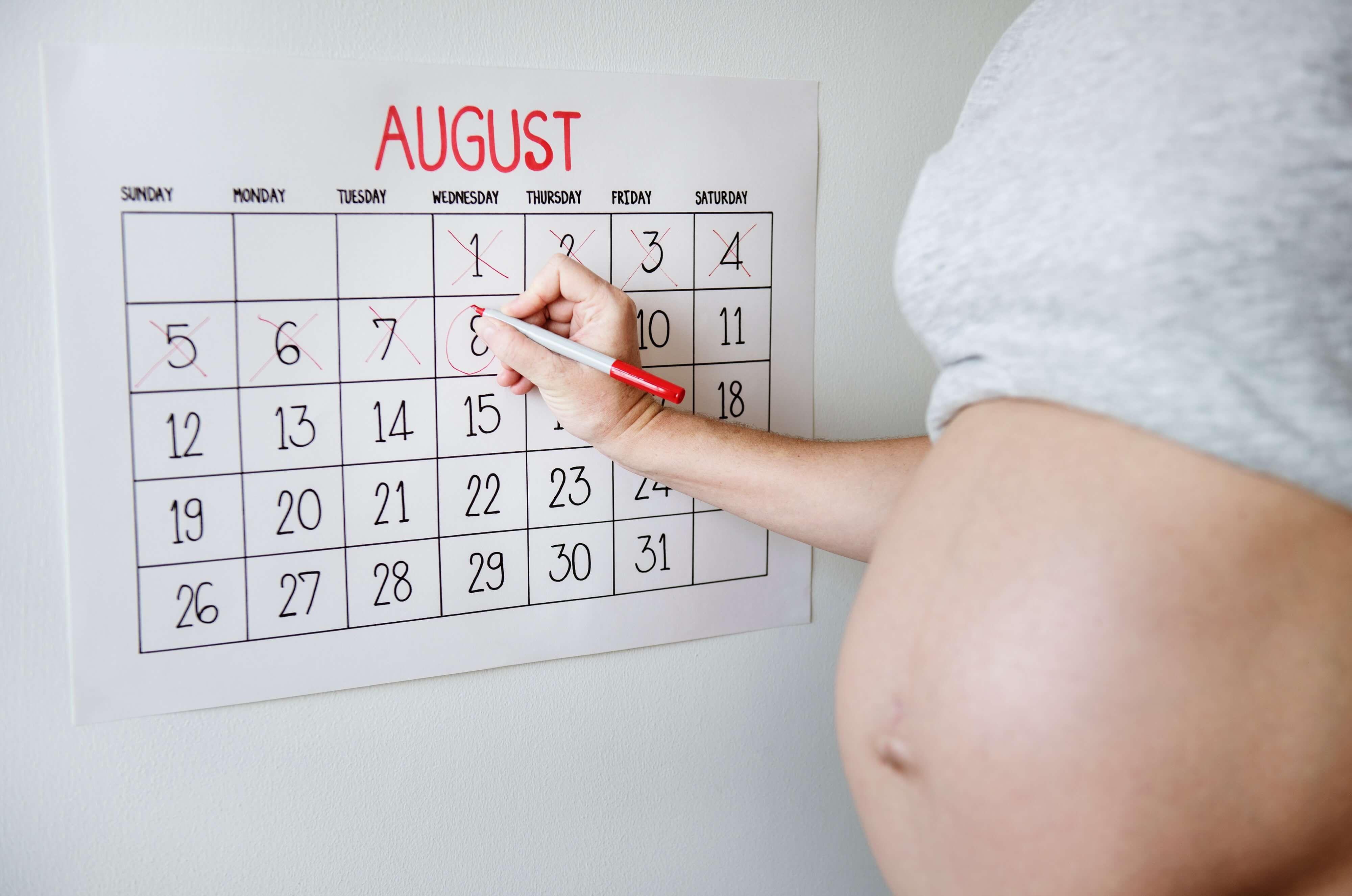 Implantation
After conception, the fertilized egg begins to develop into a clump of cells. In order for this organism to survive and grow, it must implant itself on the uterine wall. Once attached to the walls of the uterus, the embryo can then receive the proper nutrients and hormones from the mother’s body so that its cells can continue to duplicate and grow.

This implantation phase of the first trimester will trigger hormonal shifts and changes in a woman’s body. Women will often experience the most severe morning sickness during these early months because of the vast hormonal and biological changes happening within her body.

Did you know? In utero, baby girls will develop all of the reproductive eggs that they will ever have, whereas baby boys don’t develop sperm until puberty.

Embryonic Stage
Starting around Week 3 of the pregnancy is the embryonic state, which begins after the embryo successfully implants itself on the walls of the uterus.

In this phase of pregnancy, three key developments will happen:

After all of these major developments, the fetal state will begin in the last weeks of this first trimester. In this time, the fetus will triple in length by Week 12, have functioning kidneys, and will grow fingernails and toenails.

The first trimester can be the most physically and emotionally draining, but knowing what to expect can help!

Did you know? Your baby has all of his or her fingerprints by weeks 9-12 in the womb! 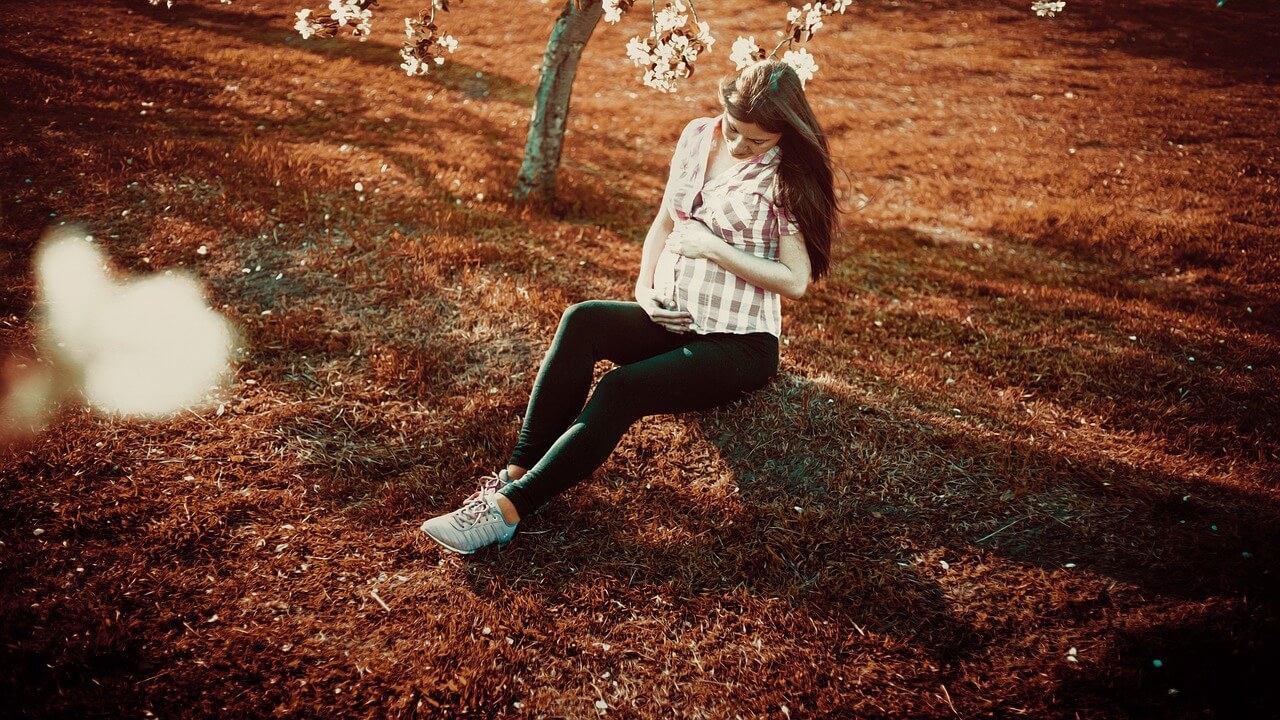 It is often the case that couples or expectant mothers choose to wait until after the first trimester to make news of the pregnancy public since there is a higher risk of miscarriage in the first few months.

The fetus’ organs will have fully developed during the second trimester and it will also gain the ability to both hear and swallow. It is also during this stage that you can begin to feel the fetus moving and kicking, a sensation that can first be felt typically between Week 18 and Week 22.

In the second trimester, the fetus is growing to put on more weight by accumulating more cells and building up more fat. It can now grow hairs and develop sleep patterns. By the end of this phase, the fetus will weigh an average of 1.5lbs and will be about 10in long.

Most women won’t start showing a visible baby bump until part way through the second trimester which starts around the third month of pregnancy. The bodily changes that happen in the second trimester can lead to stretch marks on the skin of the abdomen, around the breasts, or in other areas of the body to accommodate all of these change. At this stage, women may also experience an increase in appetite, swelling in her joins (especially the hands and ankles), and bodily aches.

Did you know? Your feet can grow an entire shoe size. Due to water retention and extra fluid, a woman’s feet can expand a full shoe size. It’s very gradual, however, so many women don’t even notice. Sometimes, women’s feet remain that size once the pregnancy is over. 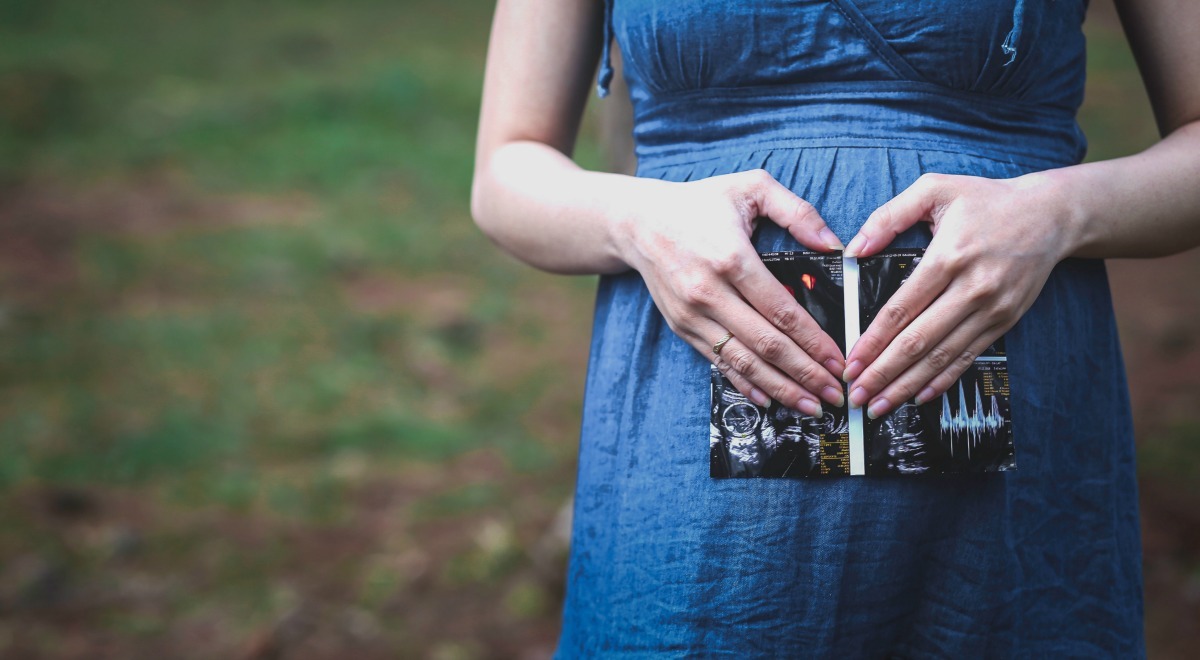 In the third trimester is like the light at the end of the tunnel is finally visible.

Here’s a bit of what’s happening developmentally: eyelashes have formed and the fetus will be able to open its eyes; the nervous system is strong enough to control the body’s temperature and also rhythmic breathing; around Week 29, the fetus has a greater range of motion and can stretch and kick. Hair can also start to grow on the head.

Once all of the major development is mostly complete, it’s time for rapid weight gain in the last few weeks. By Week 32, the fetus practices breathing and works to further strengthen and develop its lungs. Towards the end of the third trimester a fetus’s pupils and respond to light by changing sizes. All of the bones, besides, the skull and a few others, are hardening by this point.

The longer the fetus can remain in gestation in the womb, the stronger it’s organ can develop, especially the lungs. Of course, every woman has a due date, but a variety of factors will contribute to the timing actual birth. The normal gestational period is forty weeks, though a preterm delivery can sometimes safely occur as early as 23 weeks.

You may feel as though your belly couldn’t possibly get any bigger, but your baby will definitely prove you wrong! At around week 34, the baby’s body will turn southward, settling into a head-down, bottom-up position. Next stop, the delivery room!

Did you know? Your love for your baby can really make your heart grow! During pregnancy, a woman’s heart can expand up to 12%. This is because the walls of the ventricles get thicker, in order to pump extra blood.

Click here to learn more about the stages of fetal development in the three phases of pregnancy.

Here at White Rose, our experienced staff is committed to explaining all of your available pregnancy options and help you make the choice that’s best for you.

White Rose is proud to offer women FREE pregnancy tests (and give you the results as you wait) as well as FREE and confidential counseling.

Some other services which White Rose Women’s Center provides:

What is a Pregnancy Test?

White Rose Women's Center is a non-profit organization assisting women experiencing an unplanned pregnancy. We offer confidential and free counseling about pregnancy, adoption and abortion. Our center is located in the Dallas/Ft. Worth area in Texas.